Posted by Unknown on 12:47 PM in Internet Marketing SEO | Comments : 1 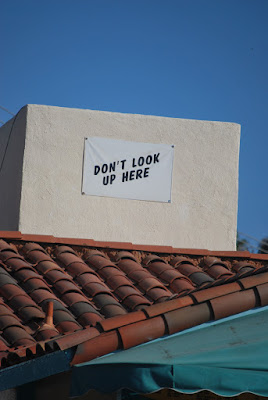 Many of us have had a hard time wrapping our minds around internet marketing. To keep it as simple as possible I would like to offer the following parable.

Little Gordie wanted to have a lemonade stand and make enough money to buy a new bike. His family had a lemon tree and he had enough in his piggy bank for the sugar, paper cups, and sign material. He got everything together and he opened up shop on the small cul-de-sac in front of his house.

He yelled lemonade and waved his sign. Six neighbors heard him yell and one even wanted to buy lemonade. The rest wished he would be quiet. One neighbor was driving home and saw his sign and bought his lemonade while several others grumbled about how big the sign was.

Gordie had a problem two lemonades were not enough profit to pay for the sugar let alone buy the bike. The town he lived in was large and he was sure right at this minute there were a lot of people searching for a place to buy a cool drink. The problem how do you get them to drive on your cul-de-sac, see your sign or hear you yell at the very minute they want to buy lemonade.

This being a very modern town there was a system that supplied information to little sign machines in everyones home or office. Some people even had portable sign machines that they carried with them that were able to pull signs from the cellular phone system or from radios in coffee shops, hotels and bookstores.

In the early days you had to ask for a sign by it’s number like 128.1.1.5, later they had added a system to look up the number for you so you could ask for “gordielemonade” and be connected to the sign. As the number of little signs increased, and all the simple names were used, it became harder to get people to remember or figure out your sign machine name. This was making it harder to use the sign machine to find what you wanted.

About this time a couple of clever people made a sign that allowed someone to ask for something by description and they would respond with a list of all the signs that had something to do with the request. This was great until the lists started to get really long.

If you wanted to buy lemonade and put the request for lemonade in the search sign you would get hundreds of signs listed. The list was so long that it had to be broken up into several signs and many were not in your local, or they were not relevant ( a recipe or ad for frozen) or they were for a stand that went out of business last year. People often failed to go to the second or third set on a long list. If you were not on the first page you would be missed.

The search signs got better at there task and now are concentrating on the most relevant, recent and local. To be on the first page you must meet the search criteria. Gordie had no idea how to to make a his signs the most relevant, recent and appear as local to the search signs. How often do you need to update a sign to stay recent? What makes a sign relevant? Isn’t local a relative thing?

He hired his friend Darin, who was the most techie kid on the block. Darin spent his time following trends asking questions and checking sign stats. By adding a stream of content, by linking to additional signs, by using text strings that the search guys can find, by adding Gordie to the social networks that talk about where to get refreshments, by widening the area described on the signs to make a larger part of the town local, Gordie’s signs got better placement on the list.

Customer were driving on his cul-de-sac. They were seeing his sign and hearing him yell at the very minute they want to buy lemonade. People were friendly and loved the fresh lemonade they told their friends who became new customers. Traffic to his stand improved to a point that Gordie could afford to bike his bike and one for his little brother.

Lesson to be learned. Don’t spend a lot of money on signs and place them on your cul-de-sac wave your arms, yell and expect people to flock to your door...

The only problems that remain are :